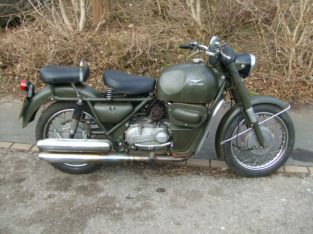 1973 Moto Guzzi Nuovo Falcone 500cc Militaire for sale. A bit shabby but runs well. 1246 kilometers (about 750 miles!) on odometer, believed genuine.
This bike was bought by my friend from North Leicester Motorcycles with 12 kms on the odometer. Apparently, it was one of a batch of several new ex-Italian army bikes that NLM bought from a warehouse in Italy, and registered in the UK. My friend rode it occasionally for 1222 kms until the kick-start return spring broke, some while after purchase (and out of warranty). It has since sat in his garage for the last 17 years. The last tax disc on the bike is from 2003. I have fancied one of these for some time, so last Summer I prised it out of his hands, and put it in another friend’s garage until I could find time to put it on the ramp and sort it out. That finally happened last month, hurrah!
I pumped up the tyres, and checked it over. The ignition key had got lost, so I “persuaded” the lock into the on position, connected up a spare battery I had, and stripped and cleaned the carb. The petrol tank had been dry all the time it was in my friend’s garage, so is fairly clean inside (just a bit of surface rust from condensation), and totally solid. With the battery connected, all the electrics worked, and I had a spark, so I put fresh petrol in the tank, and it fired up after half a dozen kicks, and ran as sweet as a nut. Even the charging circuit worked straight off.
Having got that far, I then ordered a new ignition switch, kick-start return spring, and took the torn front seat off to get it recovered. The wheels were removed and the brakes cleaned, and everything checked over. The new switch (from an old Fiat 500D) was easily fitted, and while at it, I changed the fork oil, as the forks were very soft. They still are, and I have since found out that they are all like that. It certainly rides fine though. The kick-start return spring was a bit off a faff, but I got it changed by jacking the back of the motor up, so I didn’t have to remove the flywheel (needs a special puller, apparently). It is now all sorted, and running nicely, and ticks over like a watch.
Cosmetically, it has suffered a bit in my mate’s garage, so the paint has faded a bit, and there is a little bit of rust here and there, the worse being at the bottom of the leg shields. The spokes are rusty, as are both rims in places, and I would have the wheels rebuilt if I was keeping it. The tyres are both old, and would benefit from replacing, even though there is plenty of tread left. Having said that, it rode really well, on the ten mile test run I took it on.
Why have I decided to sell it now? Well, the riding position activated an old shoulder problem, which I could sort by changing the ‘bars, etc., but I have several old British bikes that I prefer, so doubt I would actually use it much. As I don’t get to ride very often now (I am a full-time carer for my wife), I have decided to reduce my fleet, and the Guzzi is one that has to go, unfortunately.
So there you have it. Use it as is, tart it up, or turn it into an Italian cafe-racer (they look pretty good like that), it is up to you. The bike comes with two ignition keys, one each side-panel key, the V5C in my name, and an amateur service manual (all basic tasks covered). I have no other history, details or parts to go with it. It is of course, MoT and Road Tax exempt, and eligible for classic bike insurance. There is an active and knowledgeable Facebook forum for this model, and parts are available, mostly from Italy now though.

For sale by auction from the start price of £3500 and no reserve. No buy-it-now price, so please don’t ask, and the auction will run to the end. No swaps or deals, thanks, as I have too many bikes already, apparently! Cash on collection or cleared funds before release. I can work with you courier if needed. No test rides without the full price in cash as a deposit and proof of your valid licence and insurance, for obvious legal reasons. Thanks for looking. 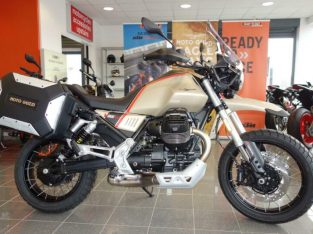 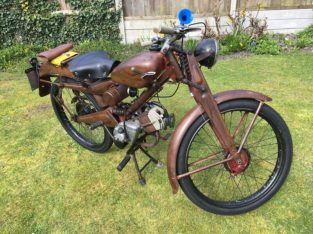 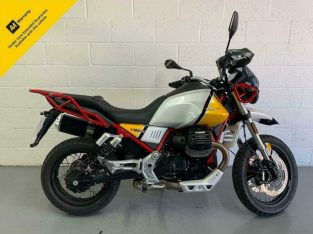 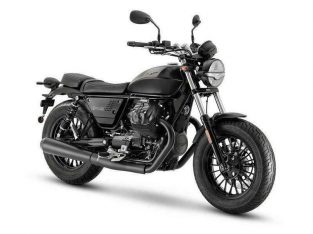 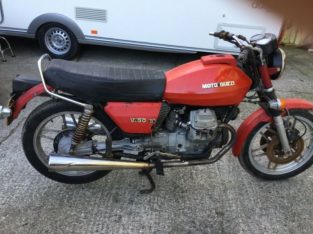