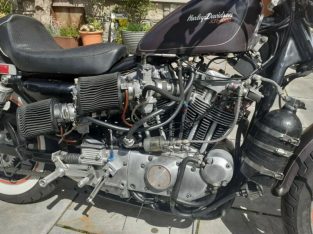 The BeastGenuine1983 Harley Davidson XR1000 with extra’s.I imported this bike from the States in 2015 and have used it both on the road and occasionally on the drag strip.Not sure of the full history but all the engine work and modifications were carried out in the states before i  purchased it.There have been a number of modifications mainly to the engine as listed below which has just had a top end rebuild Mods include, High compression pistons +30 bore. Twin Plugged heads ( only single plug coil at present), Carrillo Rods, Mikuni Flat side Carbs with  Thunder Jet Kit, Power Arc Elec Ignition, Nitrous Oxide Kit, Early style clutch basket with Barnett extra plate clutch kit, I’m sure the gearbox has been modified too as the clutch pushrod runs through the mainshaft.Holeshot power shifter. Super trapp Stainless exhausts. Other mods include performance machine back brake, steering dampner, Scitzu rev counter. Please only bid if your genuinely interested in the bike and if you require any further information please get in touch
For those that don’t know the XR1000 was built in limited numbers between 1983 and 1984 Inspired by Harley-Davidson’s iconic dirt track racer, the XR750, the XR1000 debuted in 1983 as the original “street tracker” and looked as if it should be power sliding around a mile dirt track. Based heavily on the XLX Sportster chassis, the XR1000 featured iron cylinders reduced by ½” and fitted with Jerry Branch aluminum SR style heads. Like the race bike, the XR1000 wore a pair of 36mm Dellorto carburetors on the right side of the motorcycle while distinctively paired dirt track style exhausts swept high on the left side. With lightweight aluminum pushrods and 9:1 compression XR pistons, the motorcycle was rated at 71 horsepower at 5,600 rpm and would propel its 490 lb. dry weight to 115 mph. It sold for $6,995, and 1,018 units were produced. The 1984 Harley-Davidson XR1000 represents the last of the breed, as the Motor Company was preparing to introduce the new Evolution engine Sportster series, the old iron barrel Shovelhead motor was destined for the history books. It is finished in the optional scheme of Harley-Davidson’s factory racing black and orange, with red line rims and improved twin disc brakes up front. Only 759 XR1000’s were produced in 1984.  Payment by bank tramsfer due to paypal fees. 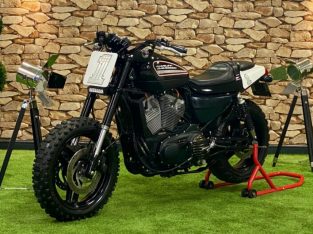 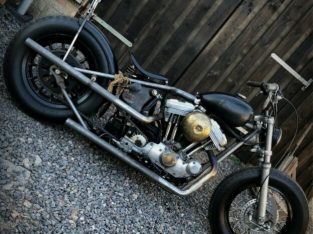 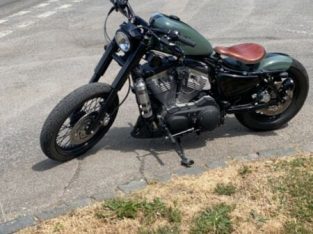 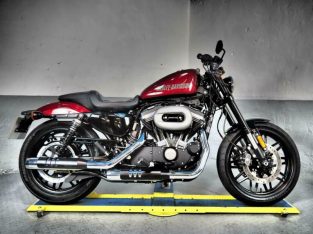 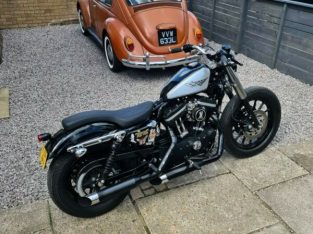 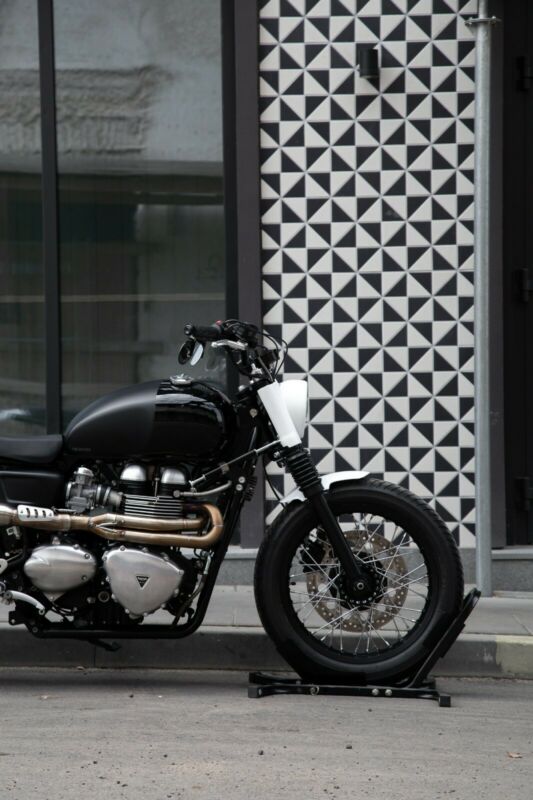 Be The First To See All New Custom Bikes For Sale!