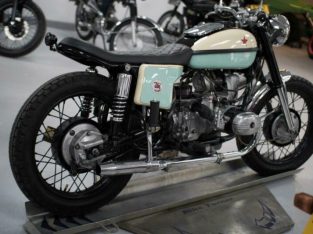 REALLY STAND OUT FROM THE CROWD

Originally sold by ourselves back in November 2017 as a project build for someone, the buyer then spent a lot of time, effort, and passion turning this classic designed Russian stalwart if motorcycles in to something different, the likes of which haven’t really been seen before. Then in March 2018 the new owner had a shortage of space and with the bike needing the gearbox taking out for repair / replacement the owner simply didn’t have the room to finish it off, so he got back in touch with us to see if we would like to buy it back and finish the bike.

So since we have had the bike back we have inspected the gearbox and decided the best solution was to buy in a reconditioned gearbox from Russia, which we have now done. Gearboxes in these are quite unique in their own right as they even have a reverse gear in them as a lot were converted with having a sidecar installed on them and used in the Russian outback through thick mud and snow.

You may recognise the basic design of the horizontally opposed air cooled motor from the BMW’s of decades ago. Well the Russians basically wanted to have their own brand of bikes so bought a BMW and then had their own engineers backward engineer the bike and engine so that they could make a couple of changes and start producing their own versions under the Ural and Neval brands.

An awful lot of thought has gone in to this build as can be seen from all the little touches added to the bike….

With the bike is a very comprehensive build folder which not only shows lots of photos of the build process but contains original Russian import documents and a series of emails tracing down and speaking with previous owners of the bike. It was imported in to the UK by a gentleman called Howard Ostle who is a well known classic bike builder and racer (won the 2003, 2004, and 2005 Thunder Sprint a the Isle of Man TT in the 500cc Class). There is an email in the file from Howard confirming that he had done a…..

The chap we sold the bike to then stripped all the bodywork off and had it all stripped and repainted in a custom design, and to get the frame and swingarm powder coatedThe design concept of the bike was to make it the “Officers Ural” and this paint job shows that as it is not only a quality job, but also a much lighter and nicer colour scheme than all of these would have been in the day which would have been all dark plain colours (i.e. black) to be economical to do and easy to repair. All the hoses and electrics have then been covered with braided meshing to add to the look. Then the little touches are what makes it so good……. the little Ural badges 3D cut from wood and put on the swingarm (see photos), and especially the secret “Officers Stash” hidden in the fuel tanks locking top compartment. In here we have a lovely foam insert cut out especially to fit the bikes key and keyring, Soviet emblem hip flask, and a small Leatherman tool plus a set of genuine WW2 goggles (see photos).

Continuing with the custom work on the bike it has also had the front mudguard shortened, rear / seat frame modified with new hoop welded in and a new custom seat made with diamond stitching to match the Biltwell diamond pattern handlebar grips. LED rear light fitted. New chrome rear shock absorbers. Some of electrics re housed in to the rear of the headlight bowl and with new toggle switches fitted.

You could sit and read the build folder on its own for hours. There are old documents in there, history of owners of the bike, original sales brochure for the bike, parts catalogue, and plenty of photos too.

We entered the bike in to the 2018 Bike Shed Show in London earlier this year and it was chosen to be one of the select few accepted to the show. Unfortunately we never managed to get down with the bike due to staff issues at the showroom, but to be accepted is a massive privilege on ts own as they don’t just let any and every bike in to be displayed.

Bike will come with a brand new MOT on purchase.

Bike will be given a full Pre-Delivery Inspection (PDI) from ourselves, and a 1 month warranty.

Pull up anywhere on this and you wont find another in the car park that’s for sure. Most people don’t even know what it is.

Come and have a look and see it for yourself. I’m sure you will be impressed. The coffee machine is always on at our showroom. 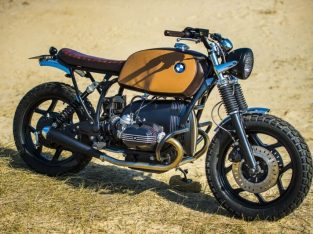 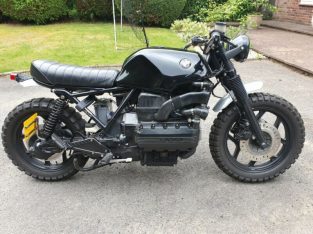 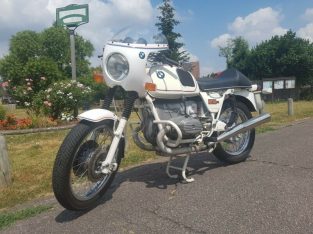 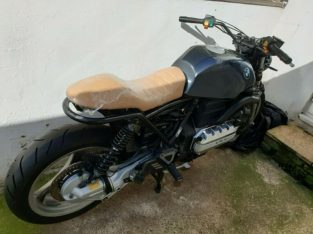