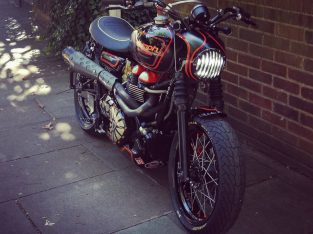 Enter for a chance to win!! Click Here!   Thanks for viewing and showing interest in my bike.      Main thing to be said is: This is gorgeous, exhilarating bike and I am the only owner since this baby rolled out of production line.   The engine is so...

Thanks for viewing and showing interest in my bike.

Main thing to be said is: This is gorgeous, exhilarating bike and I am the only owner since this baby rolled out of production line.

The engine is sound, beautiful and strong. The intake (K&N) has been emptied (snorkel and restrictor plate removed from the airbox. Similarly the Arrow exhaust is empty (still have a baffle for it, that have never been used.) I had a mild tune curve done by Triumph. Also being the Speedway fan, I have tried different sprockets ratio aspect. From making it faster on Motorway to being the first at the traffic light. I haven’t changed cams, or pistons or valve train, knowing that one change requires another and so on and so forth. When it comes to the aesthetic aspect of the engine, the covers ( stator cover, sprocket, clutch and rocker box cover have been covered in powder coating, then masked, engraved with Dremel by hand (by Me)

Then “engine/machine turned” in old racing Bentley’s fashion, and clear coated to reflect vintage sound of the engine. The whole thing have been crowned with orange aluminium racing Probolts. The bike rolls on supermoto takasago wheels, with YSS/TEC upgrades in front suspension and Gas/oil Bitubos at the back. Front headlight cover has been designed, 3D printed and fiberglasssed. Handlebars are flat tracker LSL

A year ago I have dipped the injectors in M.E.K (methylene, ethylene Ketone) to have them fully and internally clean. Then sprayed them in gold to match the rest of the bike.To finish, I took away the original oil cooler, as it was placed obstructing the airflow to exhaust part of the cylinder head and front of the cylinder in general. I chose the Ducati 1098 lower oil cooler which was out of the way, bit bigger and outperformed the old one. All braided Goodridge high pressure oil lines had to be made and “Earl’s Hoses” from Silverstone did great custom job. My friend Steve Hallam, a genius fabricator and phenomenal electrician, lathed a beautiful piece for the temperature sensor, as He did all fabrications on this bike. He truly did magnificent job!

This bike has been my Baby for past 8 Years.

I have full extensive photographic evidence from the build, the progress, and so on.it all will be given to the future owner on memory stick.  Any questions, fire away.

Thank You once again for your interest. With kindest regard 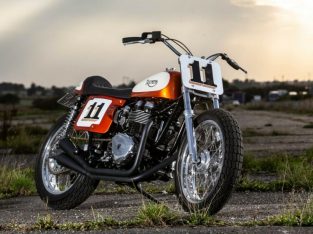 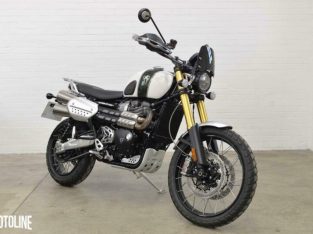 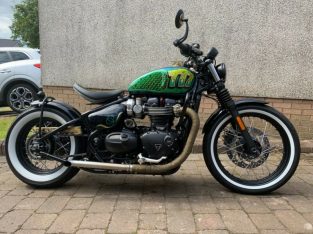 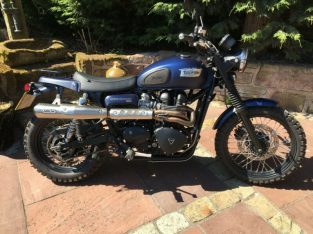