Honda Magna 1100 NOT Vmax - TheCustomMotorcycle.co.uk
…
For a better experience please change your browser to CHROME, FIREFOX, OPERA or Internet Explorer. 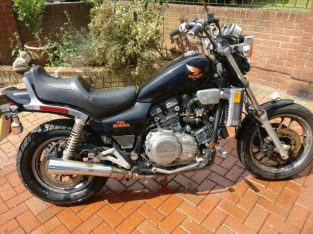 No MOT or TAX, please read.

The time has come to sell this beast unfortunately. If you don’t know much about this bike research Honda Magna 1100 world record. Fastest quarter mile bike in it’s day. Still out runs many modern bikes even now.
This is an old school bike, extremely rare as they they only sold them for about 3 years and not in the UK. It is very loud, and very quick off the mark, it’s the predecessor to the Vmax. V4 engine. This is NOT your usual cruiser! Pure torque monster!
I bought this bike about 8 years ago  on ebay without even seeing it, and had it couriered to me. It was kept out in the open, near the coast hence some sea salt surface corrosion and rust in places. Ironically, this adds to the unbelievable character of the bike. This bike gets everyone staring at it when it’s parked up, as even most bikers haven’t seen one before. People turn around when your approaching as it’s thunderously loud. Loud pipes save lives, right?
It’s very comfortable to ride too.
This is the longest I’ve ever kept a bike because of it’s character. When it fires up, it’s like a raging Viking! I did go to sell it about 4 years ago as I bought a ZX12R to be a bit more modern. I sold the ZX12 a couple of months after I bought it as I loved the Magna so much. It felt alive. Like the car Christine, but it doesn’t go around killing people!
I’ve had the Hayabusa’s, a full power Vmax, GSXR’s, etc, but this is without a doubt my favourite bike of all.
The bike as it stands runs very well and strong, lights and indicators all work as does the horn. but a while back the clutch seemed to be going. I went to put it in gear and there was no clutch. It just cut out when I put it into gear. I’ve put in a new clutch and oil, slave cylinder, master cylinder etc, but for some reason it still cuts out when I put it into gear. I may have missed something, or done something incorrectly. It has a side stand and a centre stand.
There is no side stand switch which would be the usual problem for a bike cutting out.
There are no local mobile mechanics, and garages won’t come and pick it up, so it’s just sitting here, when someone else could be enjoying it.
I don’t have a garage I can put it in to work on it or keep it. The right rear indicator has gone brittle and is now hanging although it still works. Nothing major.
The outer seals on the forks have gone but the inner seals are ok. It passes the MOT every year like this.
I just don’t have the time or space to fix it, which is very frustrating. For someone who knows their way around a bike, they’ll get it fixed in a jiffy and have a piece of motorcycling history in their hands. Parts are very easy to come by if you wanted original indicators, or if you wanted to plastic weld it back on, etc.
I recommend you view before you buy, so you can see what you’re getting. I know that I bought it blind, but I did a lot of research on the bike so I knew what I was getting. It’s a 33 year old bike that has been kept outside. You can wash it as much as you like but it still looks the same! Mind you, it has got me free entrance into rat bike shows, even though I wasn’t entering them!
A trailer or van will be needed to pick it up.
£1200.00 cash on collection or cleared funds.
For sale locally so may remove listing early.
0 7 9 5 6 9 5 0 7 0 7
Click Here For More Photos & Details (message to seller or bid/buy) 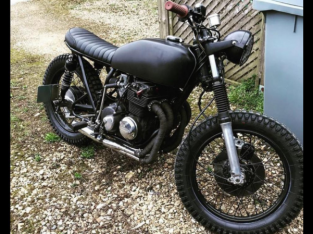 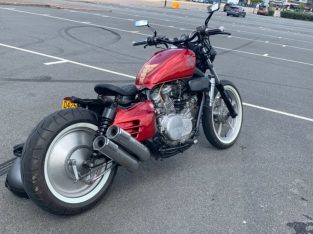 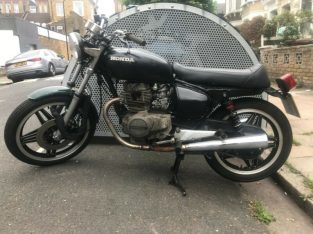 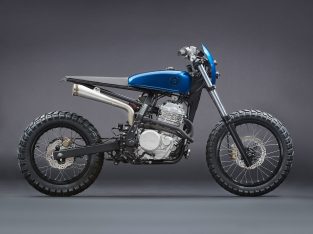 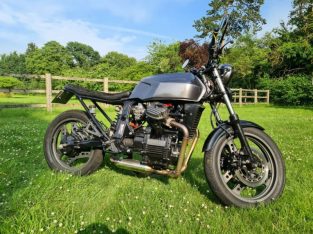