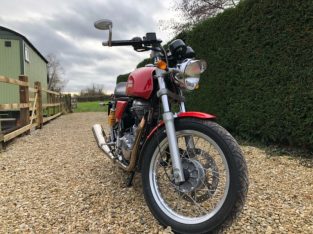 Click Here For More Photos & Details (message to seller or bid/buy) Disclaimer: This Auction/BuyNow is held by our partner Ebay. For further questions please contact original owner at Ebay.Alas the time has come to part ways with my 2015 Royal Enfiel...

Alas the time has come to part ways with my 2015 Royal Enfield Continental GT535. I have had the bike for nearly 2 years now, and in that time I’ve used it not nearly enough. It has always remained garaged and prestigiously clean.

Prior to owning this bike I had a Kawasaki ZXR 400, which although clearly a much faster bike wasn’t anywhere near as eye catching nor attention grabbing as the Enfield. I’ll frequently be asked about the bike if I take it out albeit largely from the older generation!

The bike has mainly been used for the occasional weekend ride, in reality it’s not suited to anything more than that or inner city riding and obligatory posing. It isn’t as refined as a modern bike with large amounts of handle bar vibration at higher speeds, as I say it is however enormous fun to ride and outrageously loud if you should chose to change the muffler.

The only two flaws with the bike is a small dent in the fuel tank, this occurred due to it being kept in the garage and at some point had a chisel dropped on it, the other is a slight bend to the headlight surround which occurred when I had the bike collected to be MoTd and serviced at a local Enfield Specialist. Both of these have been taken into account when pricing the bike.

Please do not hesitate to contact me should you have any further questions. 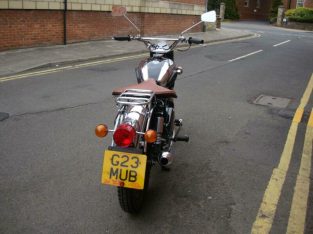 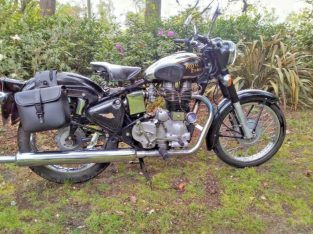 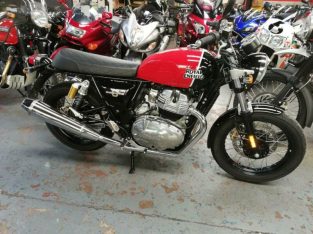 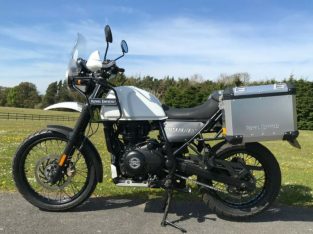 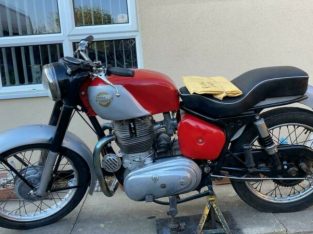