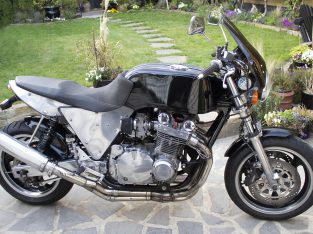 Suzuki GS1000E/ Wasp 1979.   The frame is the Wasp part but is registered as a GS1000 I have owned this bike since 1987, bought as a box job. I bought it as I had never seen let alone heard of Wasp They still exist building frames in Salisbury I think. I rode it until

They still exist building frames in Salisbury I think.

When i worked closer to home I cycled and the bike was stored until 1996!

Seldom used other than the odd short trip down to the MOT station to keep things legal and taxed.

(Never failed or advisories given)

• The carbs are 36mm GSXR items

• Full Stainless exhaust with alloy end can, these were bought second hand the silencer and end of the pipe has a few dents and a graze but not from me.

• Alloy tank is believed to be a Honda CBX touring tank.

• Chain and sprockets are good, headraces, swingarm bearings all good, as are wheel bearings etc.

• The seat is from a KTM made to fit the tank.

Runs Dyna Ignition so no points to fiddle with.

I think that covers it, well most that I can remember.

Fin damage on the cylinder and the head (RHS) hence the alloy plates, although not horrendous but a bit unsightly but not a problem

Alloy welding on front of crankcase, (Crude) all these were there when i bought the bike back in 87 and have not been an issue.

The clocks are i think off a GT550 or something like that and read 5mph slow due to the wheel size,

but haven’t been a problem as the are marked on the correct speed with white pointers.

They have covered just over 3K from zero but were secondhand’ the original GS clocks were nicked in a bike park in London by some Sc—-g when left overnight.

They had just over 27K on them, I have the MOT to prove this just after I bought the bike, I think that just about covers it.

Tyres were replaced in 1996 with Pirelli Diabolo’s 120 front 160 rear, although they have near perfect tread they are obviously showing their age but still grippy.

Runs well considering it has been sitting for many years, its not perfect but not too shabby.

Doesn’t burn oil , the engine is strong and responsive, starts and idles well, although it probably needs fine tuning as it has been sitting from one year to the next.

I have most of the MOT’s but some were misplaced in various house moves.

The V5 is in my name and address.

All the numbers match.

Historic Vehicle category, I have the new V5 stating this. (No Tax or MOT required)

This bike is not perfect and like anything can be improved.

You will probably not find a special like this – totally original and a one-off.

The reason i am selling is I just don’t use it anymore this bike deserves to be used, enjoyed, loved and out on the road.

I doubt if you will find another GS1000 Wasp anytime soon.

Sensible offers will be considered.

No test pilots, no cash or insurance no ride. 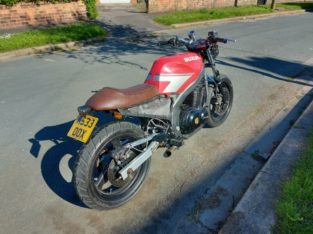 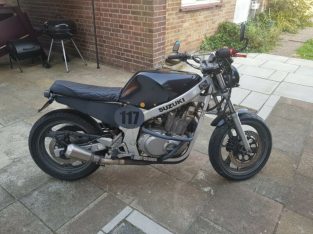 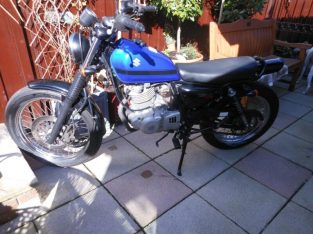 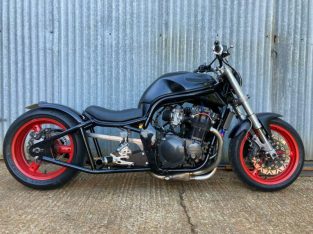 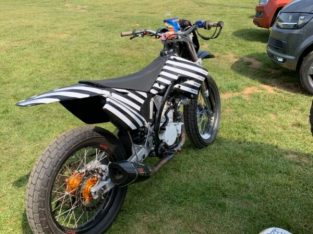