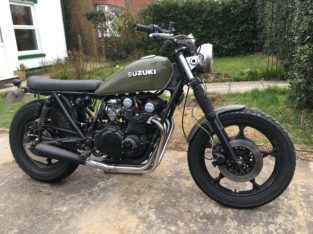 Click Here For More Photos & Details (message to seller or bid/buy) Disclaimer: This Auction/BuyNow is held by our partner Ebay. For further questions please contact original owner at Ebay.Well, I never thought I’d sell this bike, but not used it in ...

Well, I never thought I’d sell this bike, but not used it in two years and not getting any more time any time soon, so it’s a bit silly keeping it.
After pulling it out and dusting it off, I almost changed my mind about selling (not for the first time), I absolutely love the way she looks, you get a lot of looks and questions, it IS an old bike at 43 years old, but looks a lot older – love the stance, it always rode well, and I’m very sorry to see it go. It’s as you see it – as always, picture makes it look better than it is! I think the scruffyness adds to the look (you could call it a patina).
It was not starting properly about 2.5 years ago – it would run and ride fine after starting with easy start, but I just couldn’t get it started without a spray of easy! It’s always a bit of a sacrifice with CV carbs, if you ditch the airbox you ditch the performance (but those genuine K&N filters look so cool!).  I thought I’d fix this by dropping £150 on a brand new Dynojet kit, sad to say that it didn’t do the trick, I put the kit on – but sadly still had the same starting problem, I checked the valve clearances, and changed the cam chain whilst I was in there, same problem… I bought a crate of spares (actually a whole second GS550, frame and engine are gone, but about everything else is in the box), had the spare set of carbs sonic cleaned, put those on there, still not starting right.  It’s also had an oil change with Castrol R 10/40 – done like 2 miles since then (chugging up and down the road trying to get the jetting right!).

I’m now regretful about pushing on with the CV carbs, it would have been much cheaper to get flat sides in the first place, and that’s what I recommend you do – you can sell the Dynojetted carbs for £100+, same with the ultrasonic cleaned ones. With that said, maybe an afternoon with an expert and it’ll be running like a dream with these carbs – I could never find the time (or maybe skill, either way, it’s running rough).  I can get it started for you with a bit of easy – it’s not fit to ride home though, you’ll need a van (you would anyway to carry all the spares anyway).
I’ve just had a go at starting it, got a decent rumble out of it, then the throttle cable snapped (brilliant, but better happening now than when riding it I suppose)! I’ll get a new throttle cable on order from wemoto and post a vid of it running before auction ends.

I’m starting the bidding at a LOT less than it’s cost me so far, I’m going to let the auction run, please don’t be offended if I don’t respond to requests for buy it now price.

Okey doke, new throttle cable fitted, bit of prodding and a bit of easy start and she’s fired up, it sounds like it’s only running on 3, but all four pipes are too hot to touch, so I think it must just be where it’s not been run in that long.

Have a look at the video, you’ll see she’s not ticking over – I think the mix is still out (wouldn’t tick over with choke on or off, fuelling is clearly still off) – please be realistic, this bike hasn’t been run in two years, even if it was running fine before, it’d need some love to get it happy again. Plan to have a good old tinker and/or a visit to the bike shop for a professional to set it up. 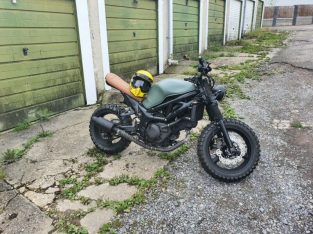 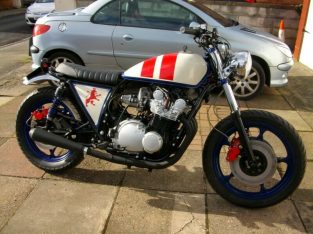 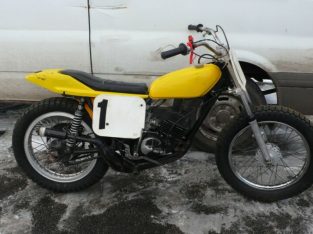 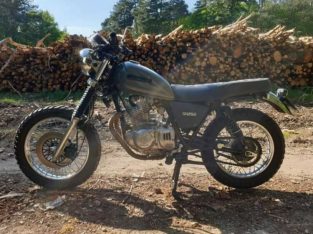 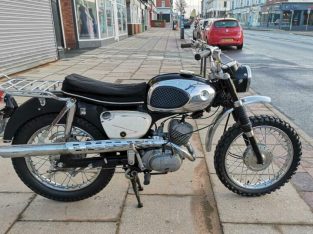