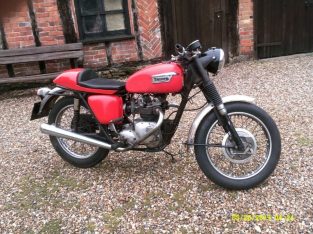 1966 Triumph T100SS 500. Original UK bike supplied to Rex Judd, Edgeware 8/2/1966. Matching numbers. Obviously registered and used over here until being exported to the USA by I assume an American serviceman in 1968 like a lot were so they got them into the US tax free, then brought back to the UK in 2018. Tax and MOT exempt, free. Being a retired mechanic I bought a 1967 T100C at the same time so I could build two different sorts of bikes, one better than the other, but next to nothing is interchangeable between the two as a 1966 bike is totally different to a 1967 one, did not know that at the time. Now fully rebuilt mechanically and all working and charging perfectly. Easy starter. Paint and chrome poor. it is what they call a six footer, looks a lot better from a distance. Paint could be cut back with a bit of elbow grease but not too good on frame etc as it is original. Chrome worst on front rim in one place and on the rear chock absorber shrouds, could be painted. Swept back exhausts and noisy silencers like it should have. Smokes slightly on left side, just waiting for new rings to bed in properly, not enough use yet, only done about 50 miles, eight other roadworthy bikes to ride plus cars and too busy with new house and large garden with outbuildings etc. Primary chain case has been welded, good job ,no leaks. Rev counter does not match the speedo properly, see photo,s. Nice quiet engine for a Triumph but does leak a bit of oil.  Only have bit scruffy bikes as I live down a lane with lots of pot holes, that is why I am keeping the T100C, it is worse. They are much easier to look after. Selling because of new house with big garden and too many other bikes etc. No reserve as selling at less than rebuild costs. Very cheap for a 500cc T100SS. Best view to view before buying as I do not want anyone saying I have not described it properly like I always do, to keep my 100% feedback record. No road tests unless £3,000 0r value of highest bid deposit. Call and leave a message with any questions on anything that I might have not described properly on 0781 8668165/ day 01235 832038 eves NO TEXTS as landline will not accept them, only phone calls or ebay messages please. 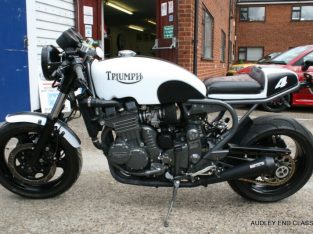 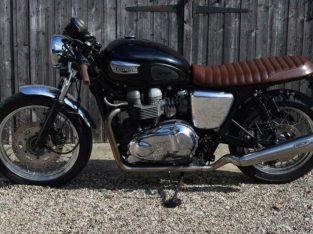 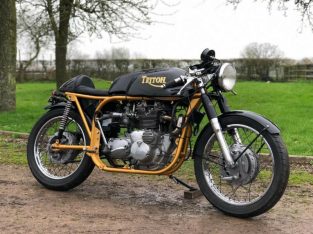 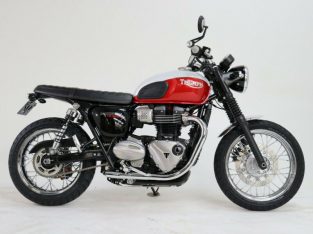 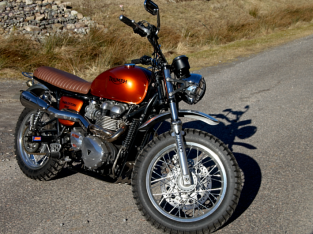